Why Cuba is One of the Safest Travel Destinations:-Cuba is a very safe place to vacation. One characteristic that profoundly affects the overall safety of the nation is the environment of the cities. As a general rule, travelers and Cuban citizens can enjoy an equal amount of security on the streets. This stands in contrast to most nations in which tourists are often targeted because of how much they stand out, and the assumption that some wealth surrounds them since they are capable of travelling. Another major aspect of safety on the streets of Cuba is the presence of police. In the average city, a police officer of some variety can be found with relative ease in the case of an emergency. This aspect of protection is only increased in popular tourist locations in which security officials can often be found only a block away.

Why Cuba is One of the Safest Travel Destinations

Still, there are some concerns. Similar to many other vacation destinations, purse snatching and mugging can occur. Pickpockets are present in Cuba, especially in the more crowded parts of the city. These elements are present in Cuba; however these events are extremely rare by any global standards. For the most part, travelers can move around without worry by employing a small measure of street smarts. As a general rule the greatest concerns of vacationers to Cuba will be artifact peddlers and young people attempting to find employment for rather high prices, as guides.

However safe Cuba’s cities may be, before you arrive in Cuba you will need to be medically prepared. There are no mandatory inoculations, but it is still wise to check to make sure before you go. The most pressing ailment in Cuba is diarrhea. Basic precautions in terms of food and water intake should solve this problem. Antibiotics, in extreme circumstances, could become necessary. There is some risk of rabies, but only if the individual traveling wanders into an environment where animal bites or scratches are likely. Basic vaccinations should be up to date, but there are very few unorthodox medications that are required before traveling to Cuba.

Other common medical precautions that are often required when travelling in the Caribbean are related to mosquitoes. In Cuba there have been outbreaks of Dengue Fever in recent years, but these outbreaks are currently under control. This fever results in flu-like symptoms that may be complicated by shock, and there is no vaccine to fully prevent it. There is currently very low risk of this disease because of significant mosquito control regimens employed by the Cuban government.

There are a few general measures you can take in order to protect you from insects. Wearing long sleeves, long pants, closed toe shoes and hats will provide the most basic protection. Insect repellents are also effective. It is important to note that repellents with higher concentration of DEET will provide longer lasting protection, but will also have a higher potential of releasing toxins into the body. DEET should be avoided for young children since allergies are possible. Other basic precautions include keeping unscreened windows shut at night and using a bed-net. These measures are very commonly expected in tropical regions, and Cuba’s restrictions are generally less stringent then those of other nations.

If something does go wrong medically, Cuba has what is required to meet all needs outside of major emergencies. The government has set up a system of hospitals and pharmacies under the name “Servimed.” While this system is often short on beds and supplies, it can provide for pressing needs. In the case of emergencies, medical evacuation to a country with state-of-the-art facilities is available. Overall, these services are much more adequate than those available in most Caribbean locations.

By following basic instructions, Cuba can be a very safe place to travel. Public transportation systems designed for tourists further reinforce this notion. There are buses designed for tourists that meet international standards, and registered taxis that are very reliable. Travelers need to be wary of unregistered taxis, as they can often be a ploy used by thieves, but overall the taxi system is very reliable. Getting around is generally something that can be done without too much extraneous effort. One point that does need to be considered is driving outside of urban areas at night. While major highways are well made, they lack lights, and rural roads are generally worse. This problem can be easily avoided by simply traveling during the daylight hours.

Cuba overall is a very safe place to travel. There is little crime in the cities, and safe public transportation is often available. The medical system is designed somewhat to cater to tourists, and allows for enough protection that travelers can depend on it. The most attractive point, in many ways, is the medical accessibility of the area. Major vaccinations and other such precautions are not significant. This factor along with other safety precautions makes Cuba a safe place to spend a vacation. 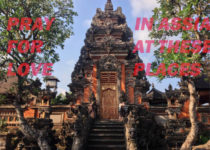